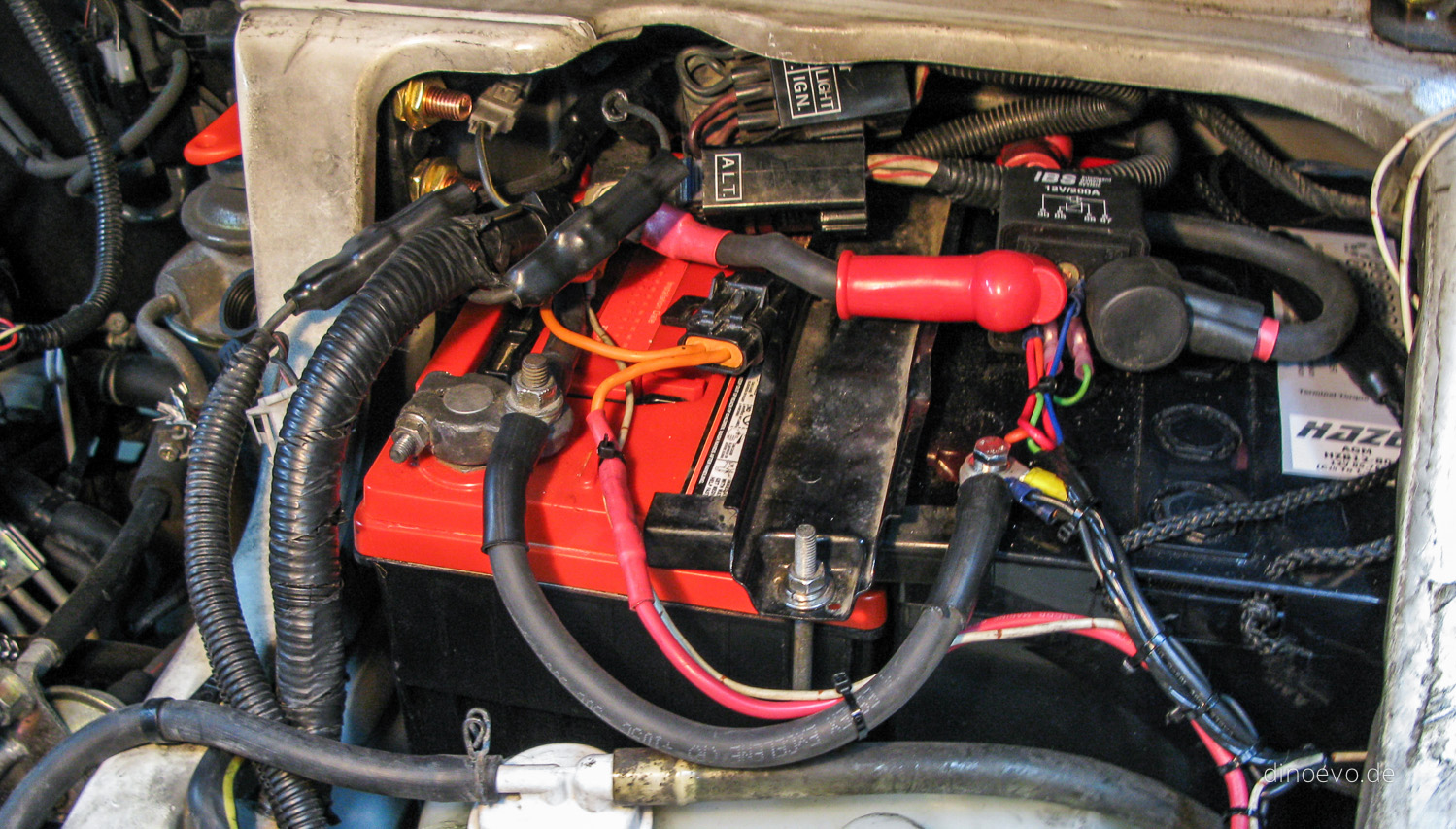 First I want to say a big thank you to Jay for the time he spent to install our new dual battery system. Without him this modification wouldn’t be as nice and clean as it is.

Many people at the exhibition installed the IBS Dual Battery system as part of the on-board power setup. Some people used the National Luna version but had no go experience with it due the not water proof solenoid and the cheap connectors. Obviously there was also the option to build my own monitor, but there are way too many upcoming mods on my list, so I wanted to save time. In the end we went with the IBS system for around CAD300. If you are interested what this system actually does, read this page.

The system itself is pretty simple. One heavy duty relay (200A/500A) and a well built remote with a lot of wires. We usually don’t need the remote while driving, so we installed it out of the way behind the passenger seat. The wiring can be kept very short this way. The relay is just on to of the batteries.

The battery compartment is quite small on a Delica, but I still didn’t want to move one battery inside the van (every inch counts), so I decided to go with a Odyssey 35-PC1400* as a starter battery and a Haze 80Ah (size 24) AGM deep cycle battery for the accessories. It’s not really huge, but we are not planing to have a lot of accessories on while in camp mode. Also the planed solar panels should extend the power a bit.

Jay, also installed a battery disconnector to prevent the batteries from draining while sitting for a longer time unused (e.g. when we want to ship the car in a container etc.)

Update February 2012:
The Haze deep cycle battery stopped working after just 20 month. It didn’t keep the charge anymore. So overall I can not recommend this brand as the lifetime is way to short. Good thing is, I found a 95Ah battery to replace it with.