Beside larger modifications I also worked on some small jobs over the last few weeks: 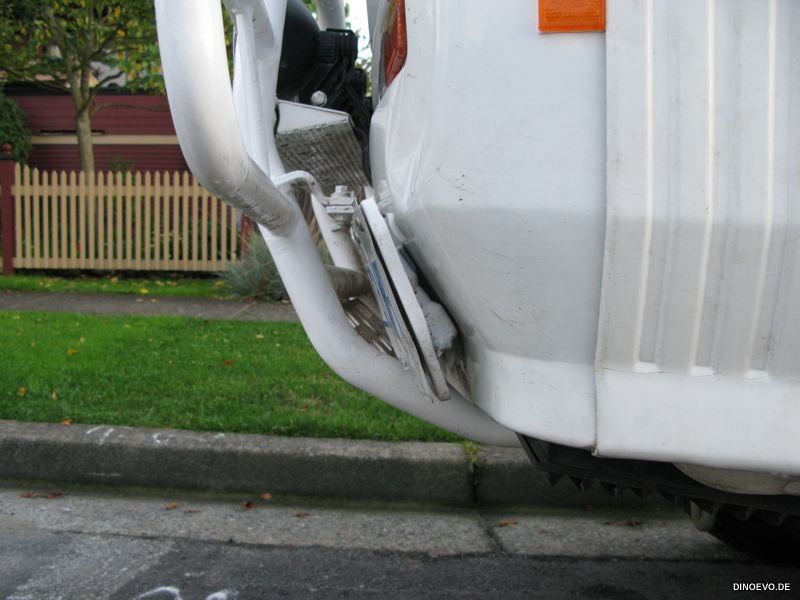 A good indicator to see if someone takes his l300 on some serious trails is the bent licence plate. Every time you go through a very steep water bar you scrape at first the plate. Some people don’t even bother to bend it back, but I decided to do a little modification. Just cut the mount in half and riveted the two pieces together. 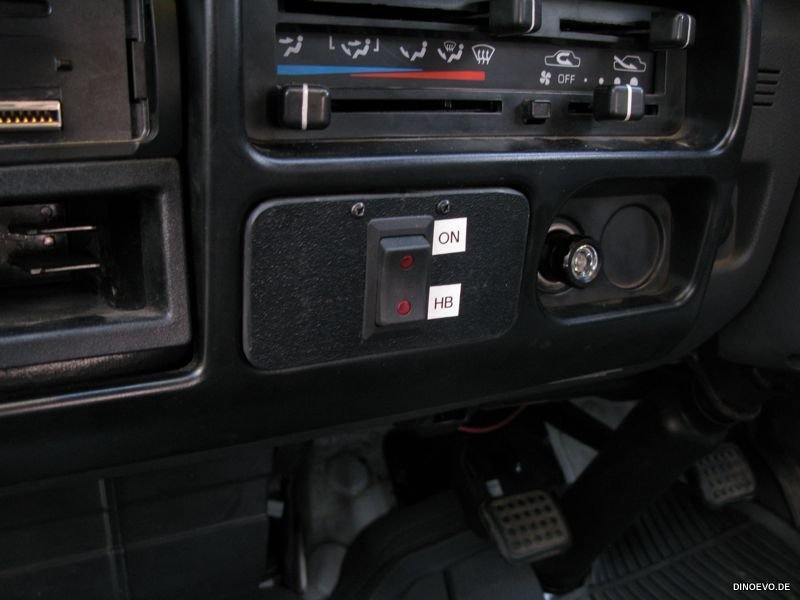 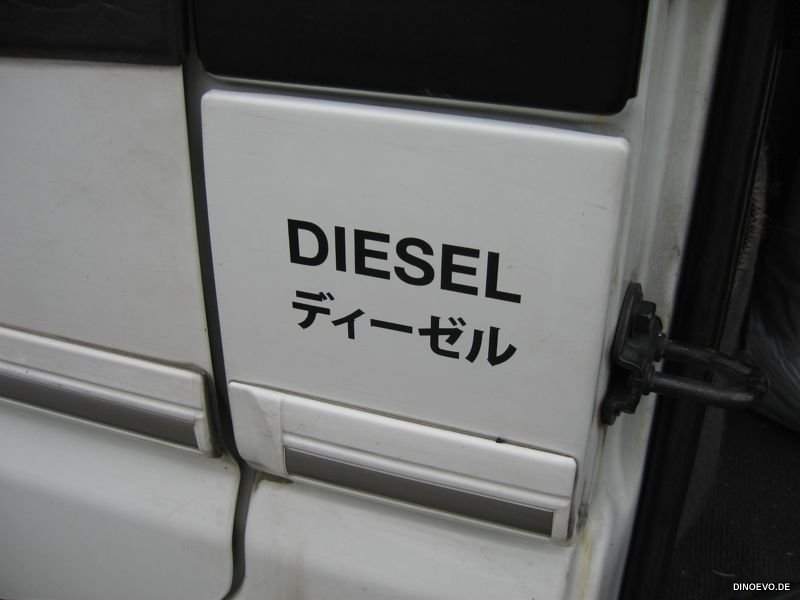 After I heard all kinds of horror stories about staff at gas stations filling the fuel tanks up with gasoline, I wanted to make it more visible that our van needs Diesel. I made a vinyl sticker with a little Japanese touch. 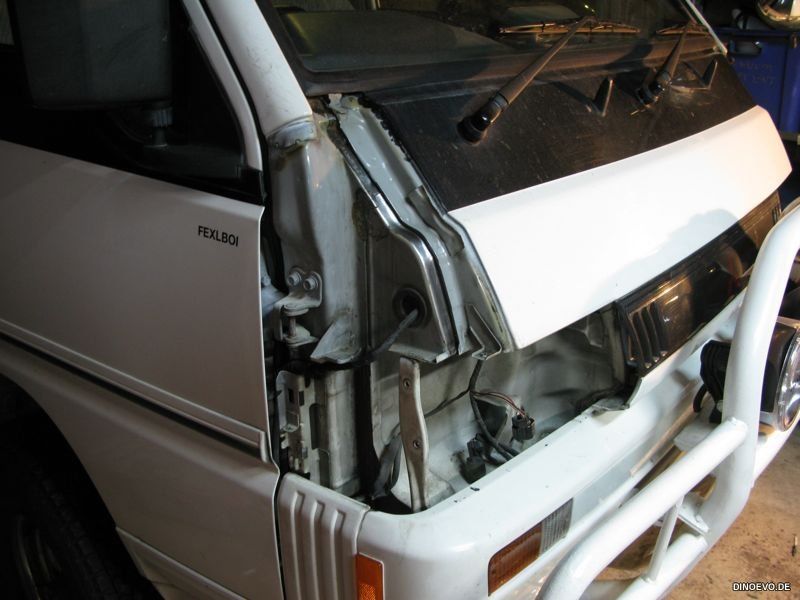 One of the well known “problems” of Mitsubishi l300s are the water in the footwell after heavy rain. Most of the time the reason is the broken down seal behind the front corner panels. So I took them off and cleaned the seam, treated the metal with rust paint and sealed it up again. 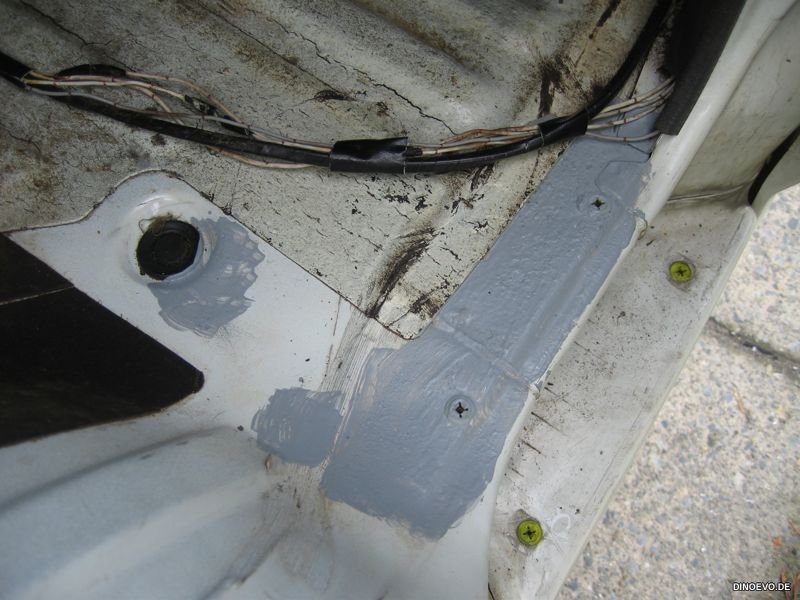 The leak mentioned above resulted in a constantly wet carpet which created rust spots underneath. Did I mentioned I hate rust? So I treated it right away. Wire brush, sand paper and rust converter. Also I took out the carpet and replaced it with a rubber mat.

3 Responses to "A few small jobs"