A few years ago we moved from Germany to the awesome city Vancouver on the west coast of Canada. Growing up as an outdoor fanatic it was clear we want a car where we can go off the beaten track on weekends and for long road trips. One day we saw our first Mitsubishi Delica van (called Delica Star Wagon or Mitsubishi l300) going around town. We were hook right away. Short and compact, 4wheel drive, 2.5 Diesel engine and lots of interior space. That’s it! What a perfect car. A few weeks later we were proud owners of “Dino”, our first l300. 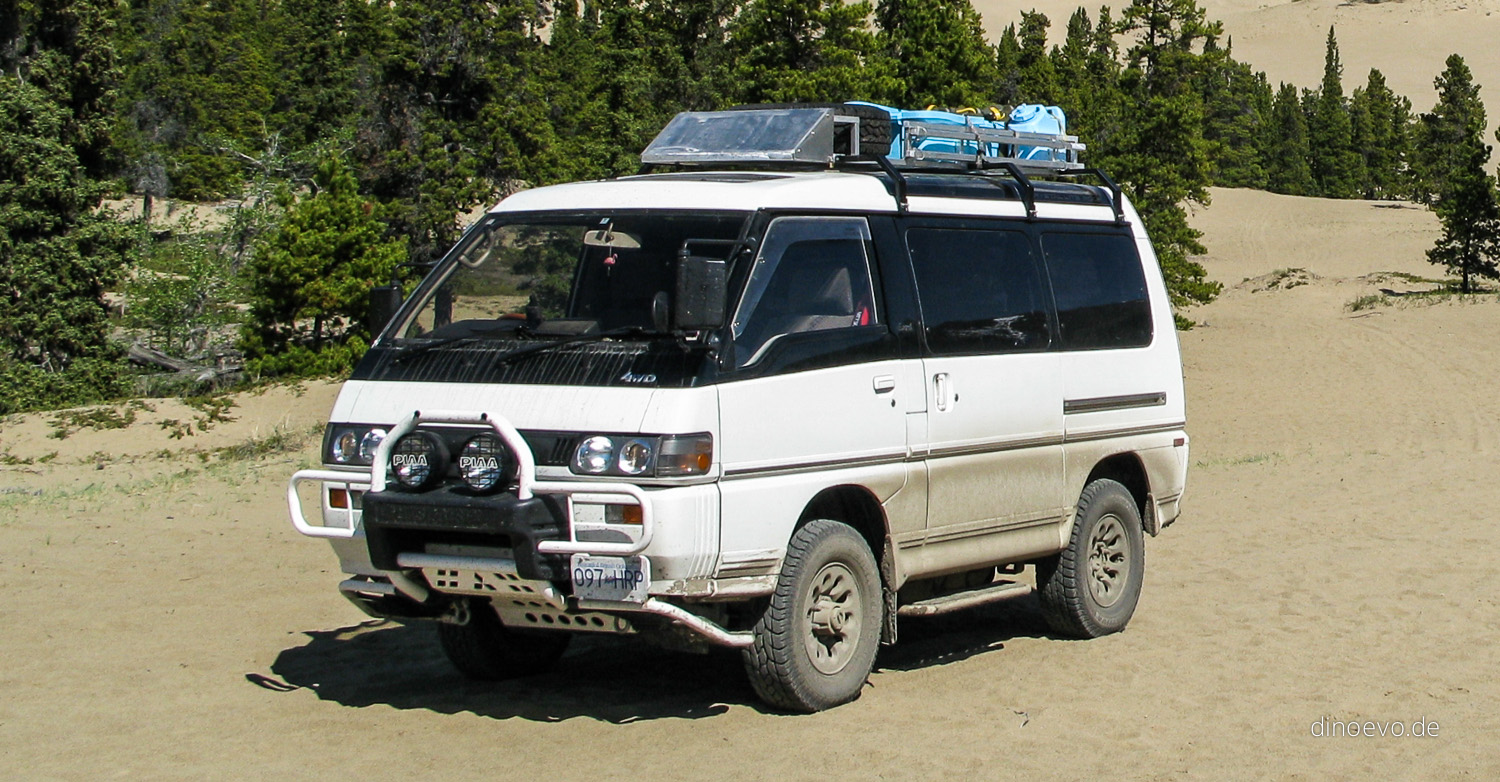 Bought in 2008, our first Delica from 1993 was called “Dino”. Due to his age, engraving in the steering wheel and his unique appearance (with the bike rack in the front he almost looks like this guy) we thought it was the perfect name. After using the van for a while we kind of converted the interior to a camper but still were able to carry up to 5 people. It was a great car for extended weekend road trips and even longer trips like we did in 2009 up to the Arctic Ocean. He took us to remote places were I never thought about a camper van could go. However we were planing something way bigger which we thought needed a completely different approach of how we build the interior and modify the outside. Time to look for a new van… 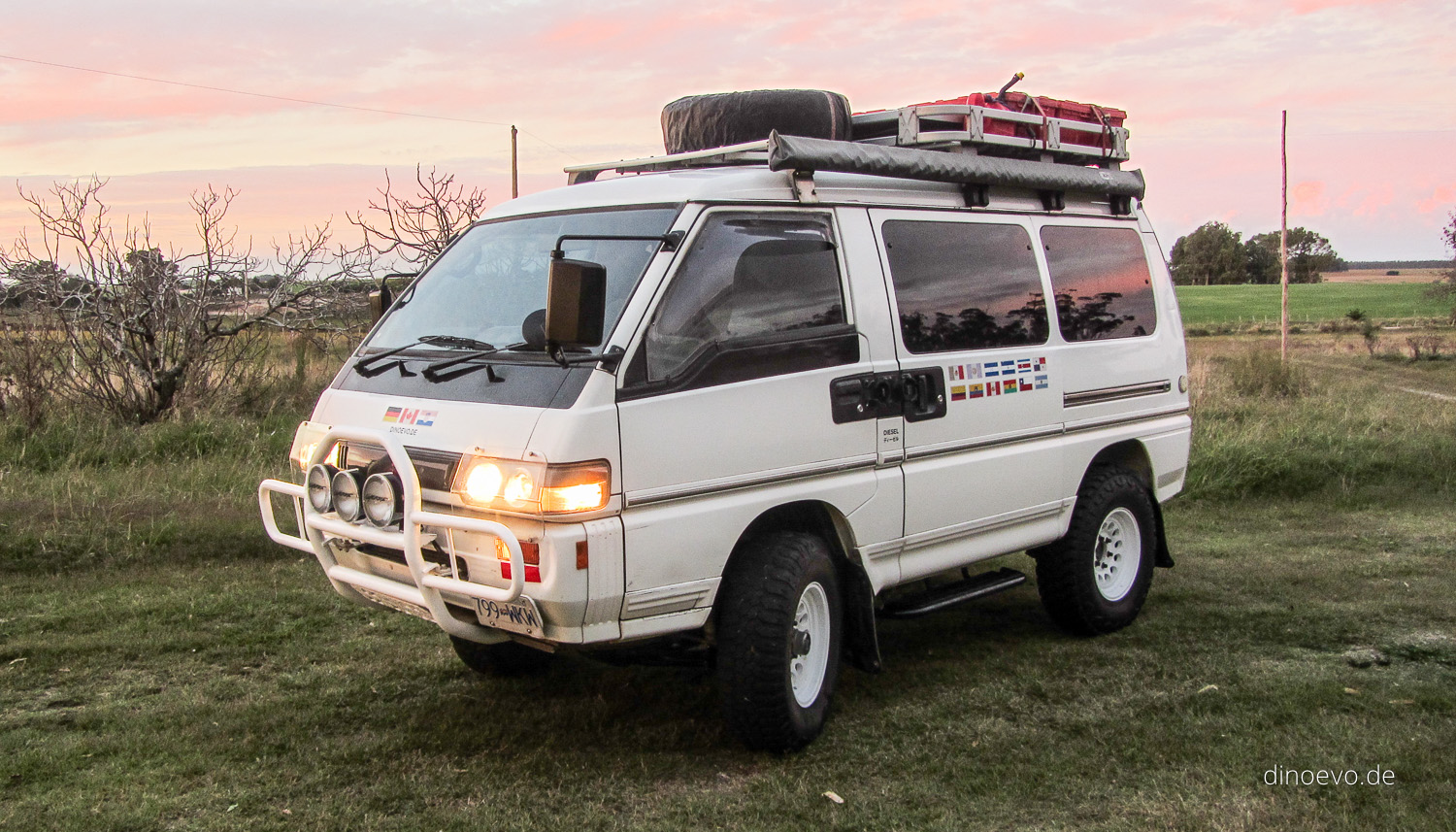 One of our long term goals was to drive from Canada to the southernmost point in Argentina. We didn’t know how long it takes and what we are going to experience, but we knew already what kind of vehicle we want to use. Another Mitsubishi l300 4×4. This time though we wanted to built it without any compromises, purely for travelling in rougher environment with all kinds of modifications you appreciate to have on an extended trip. We bought a used van straight from Japan and received it a few weeks later in very mint conditions. It was time to start “Project DinoEvo”…

Update:
After we finished our 22 months trip of a lifetime through North-, Central- and South-America, we sold DinoEvo to other travellers.