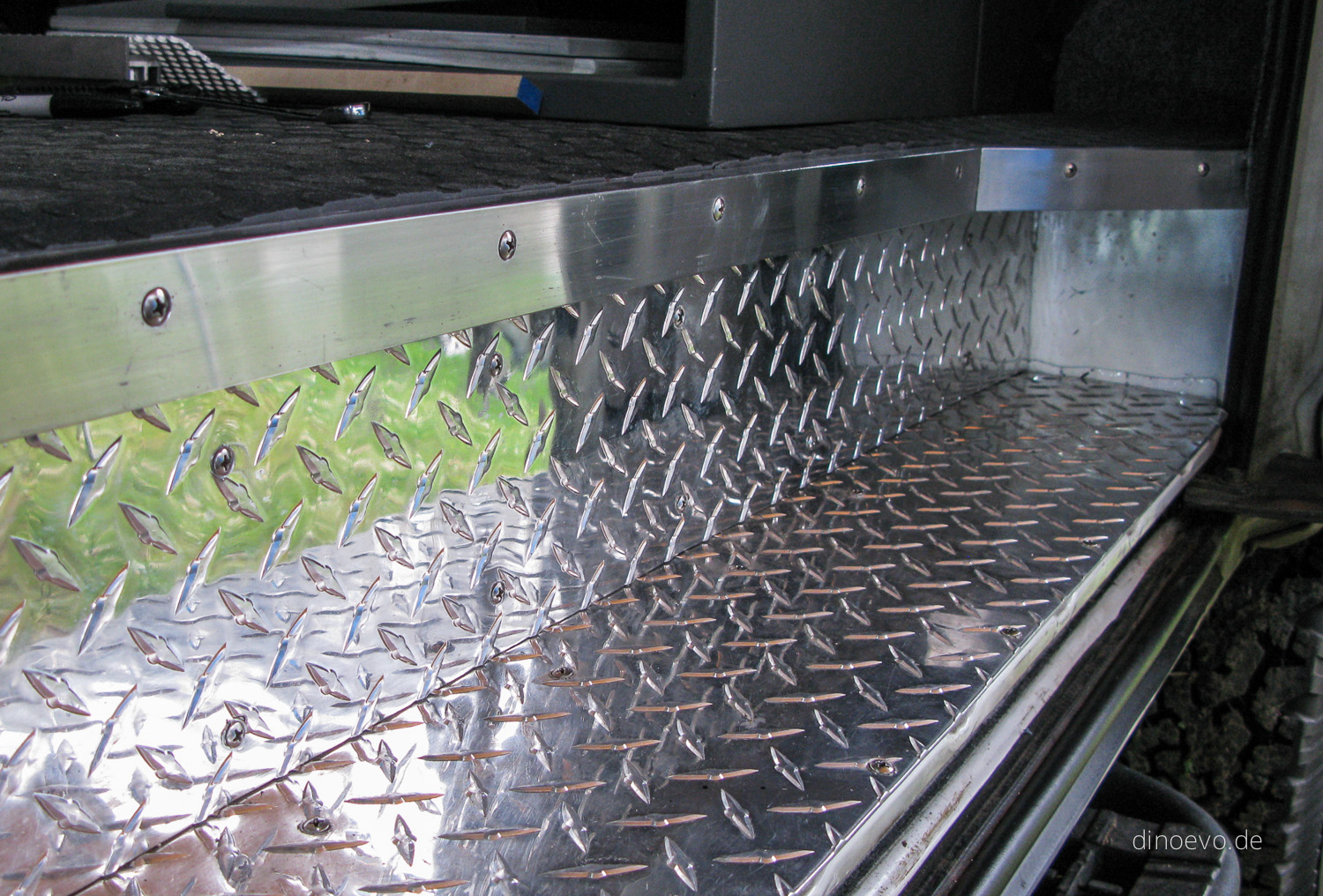 A while ago I took off the plastic side step at the sliding door. Hidden behind is quite a bit of space which can be used for other stuff. I didn’t want to have the paint exposed as you would probably wear it off quite fast with your boots. So I bought two pieces of aluminum checker plate at the Metalsupermarket for about $25, put some insulation and rubber floor behind it and screwed the plates with stainless steel screws to the body.
As for the little light I found a watertight light housing for boats which fits really nice in the existing hole. Later on I’ll change to bulb to LED.

Update July 2011:
After meeting with Pablo & Anna from viajeros4x4x4 I revised my initial plan of finishing the entry step a bit. They cut off both sided of the round corners to gain more space. While I found the rear piece quite useful I agree the front part is not. So I took a grinder and cut it off, finished the corner with some left over maple hardwood and bolted a thick piece of angle aluminum on it. Project done.