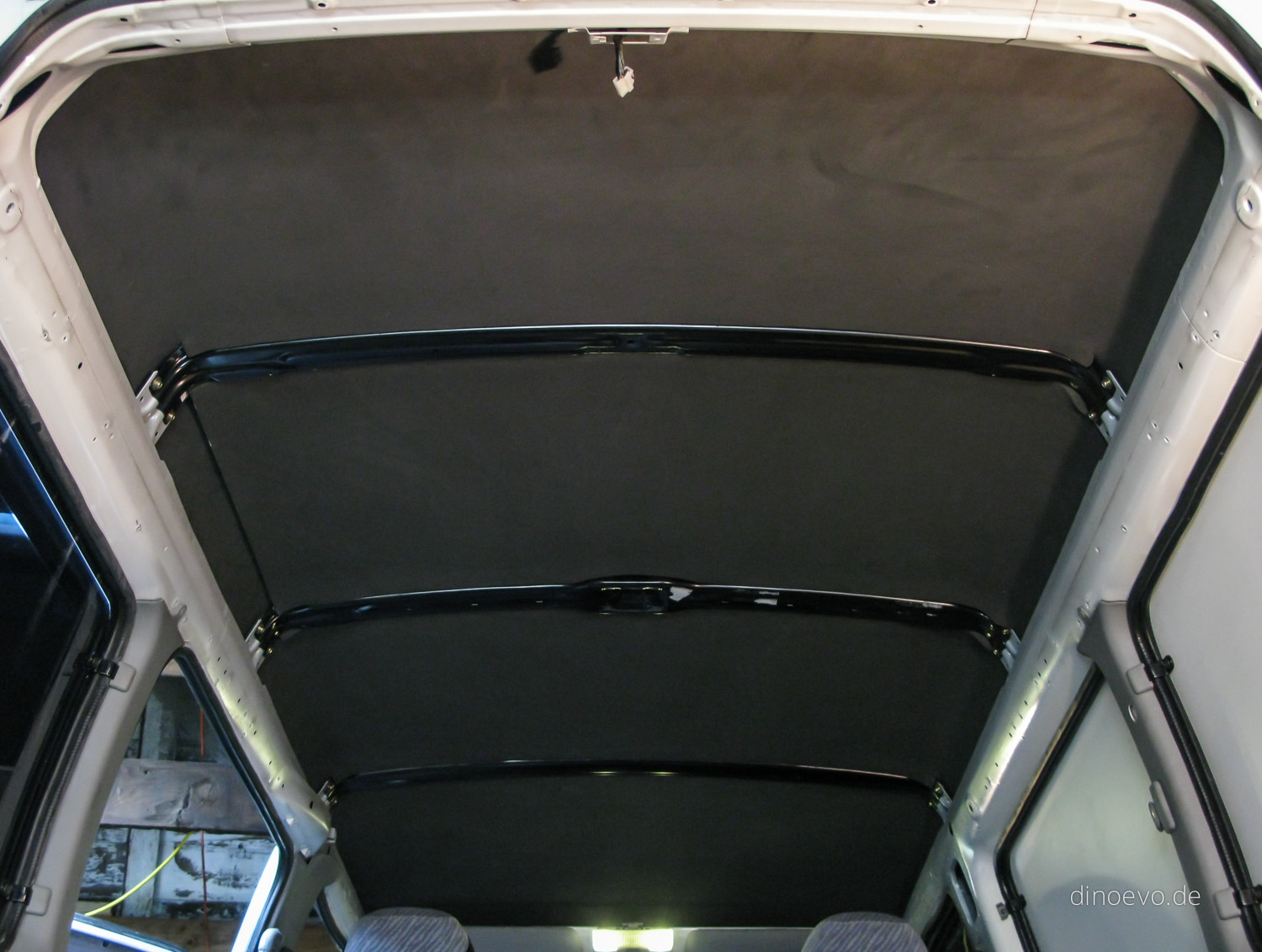 The insulation of the roof is done. At first the old headliner came off. Hidden behind was a wimpy layer of flees as well as the air conditioning vents. Took all of this stuff out as well and started again with the remaining sound deadening layer. On top of that I glued – with a head resistant double sided tape – a layer of 1/2 high-density Neoprene from Foambymail.com. After tons of research this material turned out to be the most efficient in terms of used space, water resistance and thermal insulation.
Initially I was planing to put the headliner back but after seeing the additional space and voids I decided against it. It opened quite a few more possibilities for storage and mounting stuff. I might add a thin wood panel over the insulation later, but since all the wiring still needs to be done, I’ll leave it like that.