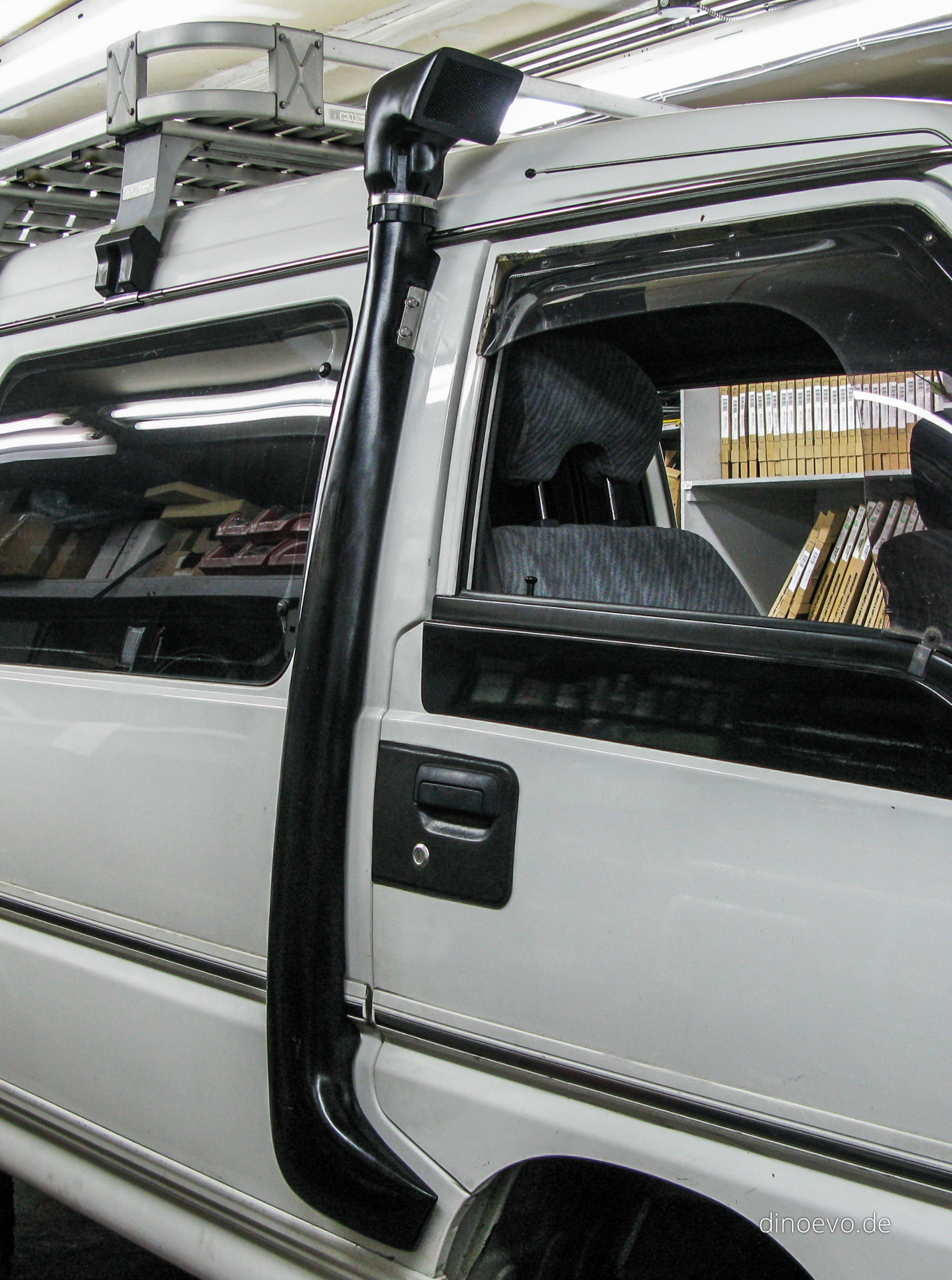 This modification took quite a bit of time. Back in February I received a package from Taiwan with all the parts, but it took till last week to finish it. Mainly because I was not happy how the snorkel suppose to be connected to the air intake. First the pipe on the snorkel had a too small diameter for my taste and second the intake on the air canister was facing in the wrong direction. Either you would need to use a long hose (as it came with the set) or you need to weld a new pipe on the canister. I decided to do latter.

The air canister has now a straight 3″ stainless steel pipe on it as well as the snorkel a modified 3″ PVC adaptor from HomeDepot. Also the bottom of the snorkel is now filled with expandable construction glue which should avoid any air turbulence. The connection between snorkel and air canister is a 3″ blower rubber hose from Green Line. The brackets on the body are out of stainless steel. The van has now also an K&N long life air-filter (p/n 4810)* instead of the paper filter to have extra good airflow.

So far I’m really impressed with the difference, the vehicle feels for sure more powerful and the engine temperature dropped down quite a bit too. Specially at highway speed the cold air gets really forced into the intake. One disadvantage (for now) is the regularly releasing pressure gate due the increased boost/power. Not really a problem if you just back off a bit. I’m going to fix that in the next few weeks though.

Thanks to my friends David & Jay for helping me out on this mod.